China assures to protect the interests of Pakistan’s local industry

H.E. Mr. Yao Jing, China’s Ambassador to Pakistan called on Mr. Mohammad Younus Dagha, Secretary Commerce, on 19th March 2018. Secretary Commerce briefed the Ambassador on the status of negotiations on Phase II of China Pakistan Free Trade Agreement. He thanked the Chinese government on accommodating the concerns of Pakistan’s local industry and agreeing to provide a competitive edge to Pakistani exporters in the Chinese market. While expressing satisfaction over the progress of the negotiations, Secretary Commerce hoped that both sides can meet at an early date for the 10th round to finalize the remaining issues so that a formal announcement can be made during the visit of Prime Minister of Pakistan to China in April, 2019. Ambassador Jing reaffirmed China’s commitment to address any apprehensions of Pakistan’s local industry and agreed on the need to finalize the negotiations before the visit of the Prime Minister. For this he assured to coordinate early dates for the next round with Chinese Ministry of Commerce. 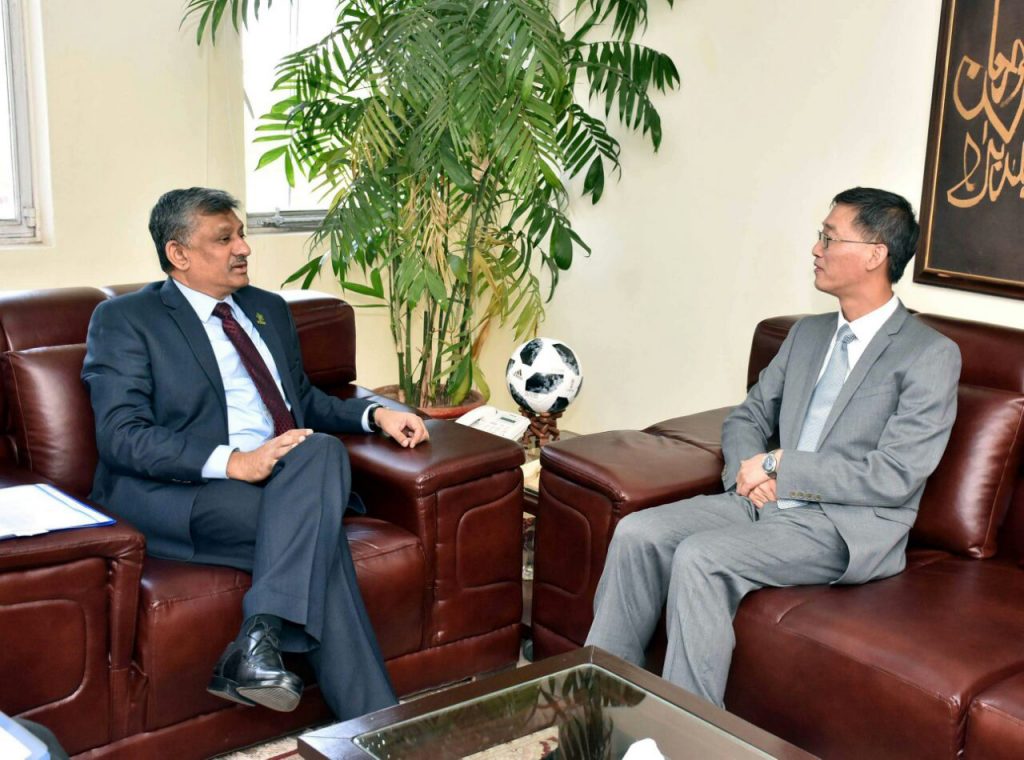